The German company ELGO Electric GmbH was founded in 1977 by Helmut Grim in Rielasingen and has been manufacturing products under the motto "Measure - Control - Position" for almost 40 years. The main product range of ELGO Electronic is sensors, indicators and position controllers. Already in 1982, the company began production of the first electronic meter with LED display, automatic reset function and an integrated power supply.

In 2002, the company expanded its office and production facilities, and also opened a subsidiary in Japan. In 2007, a sales office opened in China. The company pays constant attention to ensuring the high quality of its products, as evidenced by the presence of the ISO 9001 certificate.

ELGO Electronic offers a wide range of sensors and measuring systems used in the manufacture and operation of lifting equipment. Shaft information systems used in various hoists allow measuring the absolute position of the hoist in the range of heights up to 1500 m and at a travel speed of up to 18 m / s. In addition to determining the position, the product line includes an electronic unit that implements safety functions for the operation of mechanisms. Magnetic linear and angle measuring systems are designed for industrial applications and provide measurements with an accuracy of 0.01 mm and a resolution of up to 1/1000. Measuring magnetic systems for rotating machinery (magnetic encoders) with a degree of protection up to IP64 ensure high resolution measurements. 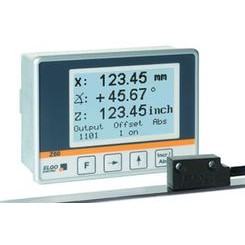 Position indicators from ELGO Electronic can be powered by batteries or 24V DC sources. The devices provide absolute or incremental position indication on a single or multi-line display. Depending on the model, the position may be displayed in one or three axes. In addition to sensor inputs, devices can also have an additional RS-232 or RS-485 interface. 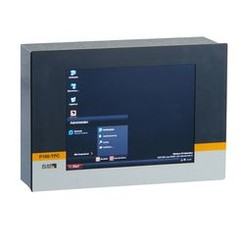