Selling any product from the catalog MAXIMATOR at low prices 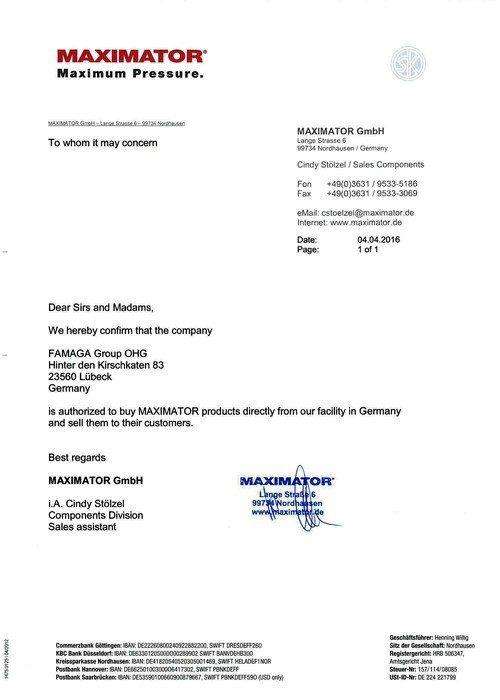 Official dealerMAXIMATOR All our dealerships

Selling any product from the catalog MAXIMATOR at low prices

Since 2002, Maximator GmbH has been part of the holding of the Schmidt, Krantz & Co group, the beginning of which can be considered the Nordhauser Maschinenfabrik enterprise, founded in 1885 by entrepreneurs Kranz and Schmidt to supply potash fertilizers to Germany. Since 1956, it has been Schmidt, Krantz & Co, a manufacturer of drilling rig components. In 1945 Normag Sorge GmbH was founded as a tractor manufacturer. Since 1970, this plant also began to produce hydraulic systems, by 2002 it became Maximator Hochdrucktechnik.

Now MAXIMATOR GmbH (Lange Strasse 6, 99734 Nordhausen) is not only a manufacturer, but also a developer of test equipment and high pressure systems for a variety of industries. The company has branches all over the world. The quality of the products is confirmed by the ISO 9001 certificate. Here you can buy MAXIMATOR products at an affordable price with delivery in Russia and the CIS. 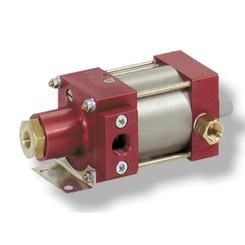 Air (or nitrogen) is compressed to the required pressure 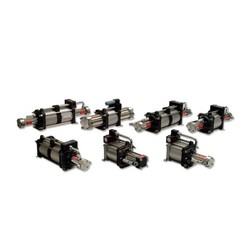 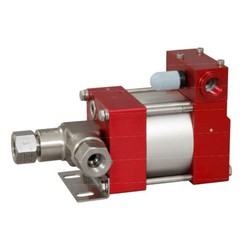 They are used with liquefied gases and liquids, it is possible to correct the working pressure indicators by the drive, the design is durable, the dimensions are compact, the weight is small, they are used in aircraft construction, in oil, chemical, gas and pharmaceutical enterprises 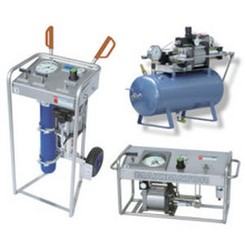 Completely ready-to-use systems capable of pressurizing liquid or LPG up to 2400 bar, hydraulically operated models suitable for all industrial gases.

Used to test the fatigue strength and tightness of plastic parts, control the production under high pressure (autofrettage) 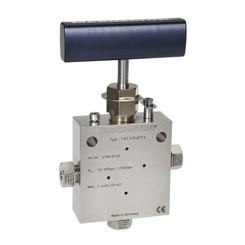 The cities of our deliveries MAXIMATOR