FAMAGA always strives to provide the best prices and timings of supplies for its customers. We sell only original equipment and spare parts, although we are not always the official distributor or manufacturer's dealer. All displayed trademarks and part numbers are the property of their respective owners.
Our catalog contains the entire product line of the MOLLET manufacturer at good prices with door-to-door delivery to any region of United States, including your area: Ashburn. Our managers will help you to select and buy suitable MOLLET product or spare part, just right after sending an application form. To find out the prices and delivery time, please fill in the feedback form or send your inquiry to

Since its foundation in 1983, the German company Mollet Fullstandtechnik GmbH has been specializing in the development and production of security system components for storage devices for bulk materials (silos). The company was founded by Wolfgang Hagelite in Ostenburken and in 1983 started out with the development and production of hose couplings with limit switches. In 1988, these couplings were improved, resulting in the introduction of an intelligent system for determining a reliable coupling of couplings.

In 2008, the construction of a new building was completed, where the company's office and production facilities had been moved. In 2011, the development of devices for continuous level measurement using microwave was completed. In 2012, the company began the introduction of online visualization systems for the filling level of bunkers. In the same year, the company entered the Asian market.

Today Mollet Fullstandtechnik GmbH has become one of the leading manufacturers of equipment for the safe operation of silos. The company offers a wide range of both individual protection devices against overfilling of bins or overpressure, as well as complex security systems.

The products of Mollet:

Weighing level meters -  MOLOSbob weighing level measuring systems consist of a stretched metal belt with a weight moving along it. When the weight touches the surface, the belt tension is weakened, which is determined by the MOLOSbob electronic unit. After that, the measured value is stored and the weight returns to its original position and the measurement cycle is repeated. By changing the types of weights, the level of various bulk materials can be measured.  The measurement results can be visualized using the display module. Measurements can be made at temperatures up to 150 degrees. The devices comply with the IP 67 protection class and are certified for use in explosive environments.

Rotary level meters - Rotary vane level switches of the DF series can be used to control the level of not only dry bulk substances, but also wet, sticky or oily ones, at temperatures up to 1200 degrees and pressures up to 100 bar.

Diaphragm level switches - Diaphragm level switches of the MF series are used to measure the level of bulk materials using sensors with a membrane that changes its position under the influence of the measured substance or material. Various diaphragm materials and various sensor versions allow for level measurement of bulk materials of any density and grain size. In this case, the measuring solution is very economical due to the fact that the sensors do not require an additional power source for operation. Additional advantages of this type of sensor include a long service life without the need for maintenance and the location of the sensor outside the tank to be filled.

The video above was taken from MOLLET official website/Youtube channel.

We deliver equipment of MOLLET
throughout the world

We deliver equipment of MOLLET
throughout the world 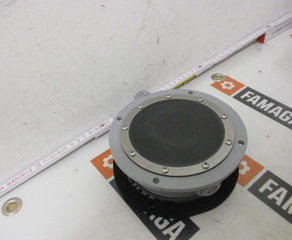 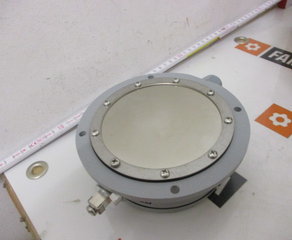 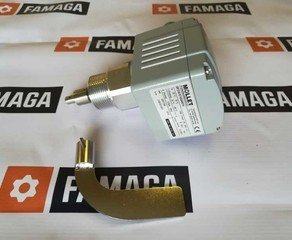