The German company RTK Regeltechnik Kornwestheim GmbH was founded in 1975 and began its activity with the production of electric drives. In 1983, the product range was expanded as the company began manufacturing pneumatic actuators. In 1993 RTK moved to a new building with a total area of 5300 sq. M. where the office, development department and production are located. In total, the company employs 110 employees.

Since 1994 the company has been the holder of the ISO 9001 standard certificate. Today the manufacturer produces control valves with electric and pneumatic drives, temperature and pressure regulators, which are used in various industries. Since 2001 RTK has been part of the Circor Group. 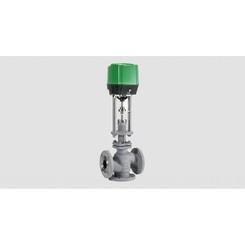 The manufacturer offers control valves for throttling, mixing and removal of liquids and gases with an electric or pneumatic drive. These valves can be of two-way or three-way design and are equipped with optimized flow control by means of corrected conical assemblies with various cone types. The MV 52-54 valve series are equipped with an electric actuator with a force from 3 to 10 kN, while the PV 62-64 valve series are equipped with a pneumatic actuator with a force of up to 10 kN. The company also manufactures steam conversion valves PV6451, used to reduce the pressure of steam while simultaneously cooling it, multifunctional pressure reducing and cooling valves MV 5351-5451 and PV 6351 - PV 6451, valves for water injection into steam conversion valves or liquids with high pressure drop, valves with emergency closure, sludge and salt removal valves, shut-off valves, bellows valves. In addition, RTK manufactures direct-acting automatic regulators for pressure and temperature control, manual shut-off valves for water, steam, air, oil, and strainers for a variety of media. 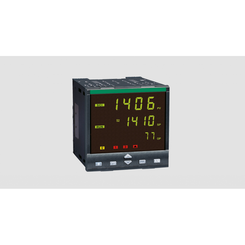 The company's catalog contains a range of sensors, including various resistance thermometers, electronic manometric stations, liquid level sensors and transmitters, power supplies for sensors of our own production. The company offers controllers with an integrated PID controller and one loop, analog and digital controllers, electronic switchgears for controlling technological processes, collecting readings from sensors and regulating flows using various valves. 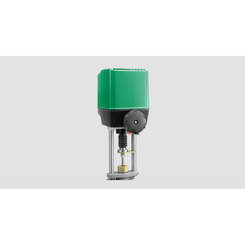 To control valves of its own production and third-party manufacturers, the company offers electric drives with brushless DC motors with a supply voltage of 24 V. These drives have three-position control, separate power and limit switches for both directions, four speeds as standard, low height due to an adaptive spindle , degree of protection IP 65, indication of valve position, manual emergency drive. As additional accessories to its electric valves, the manufacturer supplies a power supply unit with an input voltage of 90 to 264 V, heaters, a potentiometer, position indicators, adapters for industrial standard buses (Profibus DP, CANopen), process controllers built into the cover. The company also offers pneumatic actuators for shut-off and control valves, one-way and two-way, with a maximum piston stroke of up to 60 mm, air pressure up to 6 bar, which can be equipped with various types of positioners.

The cities of our deliveries RTK (Regeltechnik Kornwestheim)