FAMAGA always strives to provide the best prices and timings of supplies for its customers. We sell only original equipment and spare parts, although we are not always the official distributor or manufacturer's dealer. All displayed trademarks and part numbers are the property of their respective owners.
Our catalog contains the entire product line of the Schmalz manufacturer at good prices with door-to-door delivery to any region of United States, including your area: Ashburn. Our managers will help you to select and buy suitable Schmalz product or spare part, just right after sending an application form. To find out the prices and delivery time, please fill in the feedback form or send your inquiry to

The German holding Schmalz develops and manufactures vacuum systems that are used in various industries for the automation of production processes. For more than 100 years of history, the company has changed several lines of activity, and is now a leading manufacturer in the field of vacuum technology.

In 1910, the German inventor Johannes Schmalz opened a razor blade factory in Glatten. Products under the Glattis brand have gained popularity not only in Germany and Europe. It was exported to China and African countries. The sales volume reached 600 thousand units. per month.

In 1945, the management of the company passed to the son of Johannes Schmalz Arthur. By that time, due to the popularization of electric shavers, the demand for blades began to fall, and in 1948 it was decided to repurpose the enterprise. The plant switched to the production of ladders for aircraft, trolleys for luggage and mail, transport equipment for production shops.

In 1984, a representative of the third generation of the dynasty Kurt Schmalz took over the reins, and two years later his brother Wolfgang also appeared on the board of directors. Together with the new management, a new era of the company began, associated with innovative vacuum technologies. The first product was a generator for fixing doors during processing, commissioned by a carpentry workshop. Soon the plant was completely reoriented to the production of vacuum technology.

Today, production workshops occupy an area of over 10 thousand m2. The company has 15 foreign offices around the world, including in Russia. The company has been honored with the Outstanding Innovation Award. 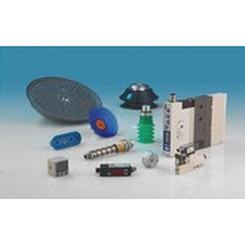 The list of components includes accessories for the systems. Vacuum suction cups, represented by a wide range of models of all shapes and sizes. Special grippers designed for conditions where the use of suction cups is not possible. The products are made using various technologies. Mounting elements for assembling modular blocks of various configurations. Vacuum generators and pumps available in pneumatic and electric models. Valves providing control of vacuum and compressed air cushion in the technological process. Monitoring systems and relays for safe and economical equipment operation. Anti-pollution filters. Connecting components: hoses, fittings, distributors. 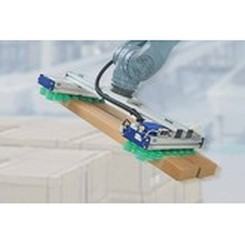 They represent complex engineering structures, completely ready for operation. Series: FXP and FMP - designed for unloading pallets and sorting goods. They have a modular design and can be combined into blocks depending on the tasks. order. FXP uses a built-in generator, FMP uses an external one. SBX - high power devices, adapted to work with loads with uneven surfaces. Can be used to move timber. SPZ - models for lifting objects laid out in layers. Easily adaptable to any shape. SSP - modular devices of various configurations designed for. 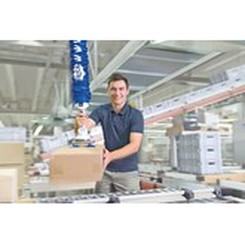 In the section "Lifts" are presented: Hose models Jumbo, lifting capacity up to 300 kg. VacuMaster lifts for handling loads weighing up to several tons, equipped with a 90 and 180 degree swing mechanism. Cranes and slewing devices. 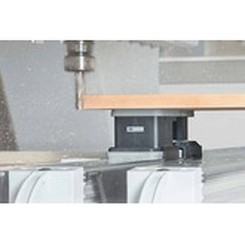 They are used in the processing of metal products, wood and plastic. This includes: Clamps for CNC centers. Clamps for metal and plastic products with Matrix Plate. Multi-Clamps for manual machining of workpieces.

We deliver equipment of Schmalz
throughout the world