Selling any product from the catalog Stober Antriebstechnik at low prices

Selling any product from the catalog Stober Antriebstechnik at low prices

The site contains only a small part of the catalog items Stober Antriebstechnik.

The German company Stober Antriebstechnik GmbH dates back to 1934, when Paul and Wilhelm Stober founded a mechanical workshop. In 1943, the first variable speed drive was launched. Since the late 1970s, the company's frequency inverters, servo drives and controllers have set new standards in this industrial sector. In 1991, the first subsidiary was opened with its own assembly plant in Maysville, Kentucky, USA. The parent company has doubled its production capacity since 2000. In 2014, the company's turnover exceeded 100 million euros. Today Stober Antriebstechnik products are offered by 8 subsidiaries on five continents and 80 distributors around the world. 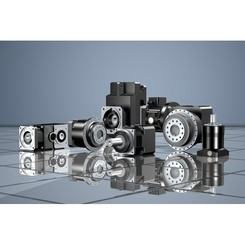 Stober Antriebstechnik manufactures a wide range of axial gearboxes with helical or offset blocks or spur gears. Offset helical gearboxes have parallel inlet and outlet and large shaft-to-center distances. All other gearboxes are coaxial. Gearboxes have the ability to connect a large number of different servo motors. The product line also includes bevel gears with rectangular, bevel and worm gears. The company also produces axial and bevel gears with brakes, which is realized by equipping with a ServoStop motor adapter with an integrated brake, and axial gears with cooling if equipped with a ServoCool motor adapter with an integrated radial fan, which allows operation at higher speeds or higher ambient temperatures. Wednesday. A large number of gearboxes manufactured by Stober Antriebstechnik can be used as part of servo drives. In addition, the product list includes a variety of rack and pinion drives for use in machine tools, process automation and robotics. Two-speed gearboxes are excellent for use in main spindle drives on machine tools, due to the ability to quickly switch between high speed and high torque for a variety of material processing operations. The company also manufactures modular gearmotors in compact design, which consist of gearboxes of our own production and synchronous servomotors for use in various servo drives or asynchronous motors for other applications. 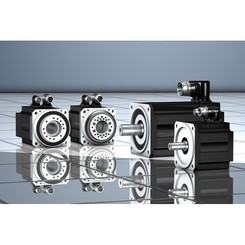 The company's catalog contains several series of synchronous servo motors of various types: brushless, with permanent magnets, electronically commutated with various power profiles. The stators and rotors are optimized to ensure high torque stability. Ultra-compact synchronous servomotors for screwdrivers are designed for universal mounting on threaded spindles of various manufacturers. The lead screw of any required length can be secured through a high strength hollow shaft flange. Stober induction motors are characterized by increased performance and reliability. The power range of this type of motors is 0.12 - 45 kW. Asynchronous motors are often used in conjunction with gearboxes of our own production without the use of additional flange mountings.

Stober Antriebstechnik also produces PLC-based motion control system components with CoDeSys programming and associated control software. By combining these types of controllers with drive controllers, Stober offers the ideal combination of drive control in one modular hardware and software package for optimizing and automating robotic applications. Stober software is developed and enhanced based on practical experience with actuators and enables the simple implementation of typical core functions such as positioning control, drive control, indexing or synchronous control in single-axis and multi-axis applications. 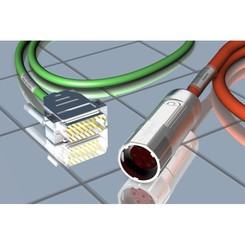 The company's product line includes ready-to-use cable assemblies that guarantee the quality of the cable connection between the motor and the drive controller, which affects the functional safety and stability of the system. In addition, Stober offers a range of additional accessories for its own controllers. For the 5th and 6th generation of drive controllers, the Safe Torque Off (STO) safety device is available as an option in accordance with EN 61800-5-2. Various terminal modules can be used to connect analog and digital signals as well as encoders. Communication modules that are used to connect field buses. DC-Link buses are designed to reliably and efficiently connect controllers to DC circuits up to 200 A using quick-release clamps and no tools required. Braking resistors for use as a consumer to absorb the braking energy of the drives. Various adapters for transferring TTL and Hall effect signals from synchronous linear motors to drive controllers. Power buffering battery modules and other optional accessories.

The cities of our deliveries Stober Antriebstechnik