FAMAGA always strives to provide the best prices and timings of supplies for its customers. We sell only original equipment and spare parts, although we are not always the official distributor or manufacturer's dealer. All displayed trademarks and part numbers are the property of their respective owners.
Our catalog contains the entire product line of the VEM manufacturer at good prices with door-to-door delivery to any region of United States, including your area: Ashburn. Our managers will help you to select and buy suitable VEM product or spare part, just right after sending an application form. To find out the prices and delivery time, please fill in the feedback form or send your inquiry to

The predecessor of the German company VEM is the VEM VVB association, created in 1948 from VEM Sachsenwerk GmbH (founded in 1886), VEM motors Thurm GmbH (founded in 1908) and VEM motors GmbH (founded in 1938). Since 1961, the products of the association have been equipped with the VEM trademark. In 1990 the association became a joint stock company, which in 1997 was privatized by the Merkle family. In 2011, the transreschAntriebssysteme Berlin GmbH was acquired. Today it is an independent engineering company with factories located in Wernigerode, Zwickau, Dresden, Krauschwitz, Berlin, Piestany and Most (in Slovakia).

Asynchronous motors are used in almost all industries. Various types of cooling and protection make them versatile. For example, a three-phase squirrel cage motor with a built-in brake is considered a brake motor. There are also units with a high degree of protection, explosion-proof, resistant to aggressive chemicals, water-cooled, in marine design (for river and sea vessels).

Gear motors are reliable in operation, as they are equipped with bearings for electric motors from well-known manufacturers, which can last up to 20-40 thousand hours without changing the lubricant. 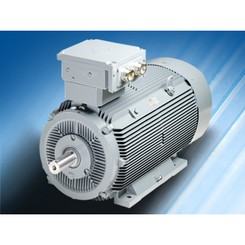 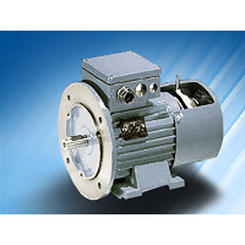 The braking system built into VEM electric motors of the B21R, BE1R, B41R series allows them to stop quickly and safely, which is especially important in the operation of elevators, cranes, winches, conveyors and machine tools. Brake type: double disc spring. The housing of VEM brake motors has a degree of protection IP55, IP56, IP65 and is made of gray cast iron, this material was chosen for its low vibration qualities. VEM brake motors have energy efficiency classes IE1, IE2, IE3 and operate in the range of 750 to 3000 rpm at temperatures from -20C to + 40C at altitudes up to 1000 meters above sea level. 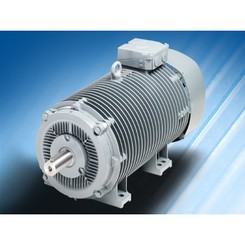 VEM roller table electric motors, powered by mains or with a frequency converter, are widely used in metallurgy and are installed in rolling mills, successfully operating in various modes of the production cycle and providing the ability to regulate start, stop and pause, as well as reverse. VEM motors of this type have proven themselves well in operation under conditions of non-standard temperatures and loads, including when working in hot shops in the steel industry and under significant overloads. VEM roller table motors are produced in three series depending on the load and operating conditions: AE1R, AE1O and AE1F series (differ in the type of cooling) are designed for light duty, ARC series for heavy duty, structural strength is reinforced with annular ribs, ARB series is also designed for heavy duty, but is powered from the mains, and not from a frequency converter. 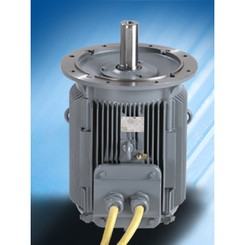 Marine electric motors VEM for marine vessels are used to operate various onboard units and are designed to meet special climatic conditions and increased mechanical stress in aggressive environments. In the production of these types of electric motors, all the requirements and regulations of the relevant branch classification societies are fully observed. The motors are equipped with additional protection against wet environments, splashes, salinity and extreme temperature fluctuations. Engines of different series are designed to work above and below water. 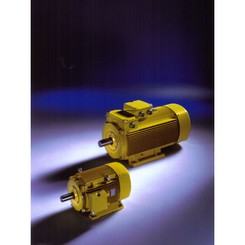 VEM designs and manufactures wound rotor motors that are used in a variety of industrial applications where intermittent operation is required, equipment is frequently stopped and restarted, and in areas where operating conditions are considered difficult, such as the mining industry. VEM electric motors with wound rotors have several cooling system options - self-ventilation, forced ventilation and without ventilation. Modification of the electric motor and installation of additional options to facilitate monitoring of the motor operation and protection against overloads is possible on an individual order. 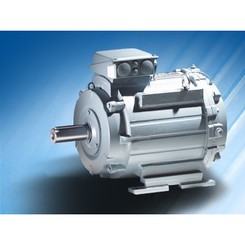 The water-cooled VEM series of electric motors increase equipment performance without adding noise and vibration or requiring additional ventilation. VEM motors are easy to integrate into existing plant liquid cooling systems and have a robust housing that is resistant to aggressive environmental influences. There are special versions of motors designed to work with open cooling systems and having an increased degree of protection (above IP55). At the request of the customer, additional equipment can be installed (monitoring sensors, overload protection), as well as modifications to improve reliability and optimize operation).

We deliver equipment of VEM
throughout the world